Remarkable young woman raises over £20,000 for the Air Ambulance charities that saved her life

Minna Leatham, 20, is on a personal mission to raise funds for Dorset and Somerset Air Ambulance (DSAA) and Hampshire and Isle of Wight Air Ambulance (HIOWAA) – the two charities who dramatically flew to her aid following a terrifying, high-speed road traffic collision on 16 November 2020. Minna has currently raised £22,000 to be split between the two charities.

Minna and her partner Hugo Yaxley were travelling along the A30 near Salisbury, Wiltshire, when they collided head on with a Range Rover at 60mph. Hugo tragically died in hospital later that night as a result of his injuries.

On Friday 2 July, just eight months after the horrific accident in which she broke her back, jaw, ribs, cheekbones and wrist, and suffered internal damage to her lungs, eyes, pancreas and liver, Minna is embarking on a five-mile walk, finishing at Hugo’s family pub in Bristol, with the hope of raising as much money as possible for both DSAA and HIOWAA.

“Had it not been for the Air Ambulance team,” says Minna, “I certainly would have been left paralysed or very possibly died. My various internal injuries kept me hanging between life and death for the first few days, but thanks to the incredible Air Ambulance crew and the equally amazing team at University Hospital Southampton, my life was saved. I obviously feel unbelievably grateful to the Air Ambulance team,” she continues, “and was astonished to learn that they rely solely on donations and receive no government funding. This fired my ambition to pay them back in any way I could for saving my life and for giving the wonderful Yaxley family the chance to say goodbye to Hugo. Devastatingly, Hugo’s injuries were catastrophic,” she explains, “but the treatment he received from the Air Ambulance crew meant that, because he was still alive when he reached Southampton, his family were able to be with him one last time before he passed away.”

Minna, remarkably, is on the road to recovery; as well as the physical recovery and rehabilitation, Minna has had to overcome equal amounts of emotional anguish, which, she explains, “Often it is one step forward and two steps back which can be tiring and emotional, especially when I was used to being a very active and energetic 19-year-old. Mentally it is a whole different recovery. While my nightmares have mainly stopped, I still have the waking battle of dealing with the loss of my first love Hugo.”

She then explains that recovering as she is would not be possible without the support of her family.

“Their support has meant the world to me,” she says. “Not only did they constantly help me with normal everyday tasks such as going to the bathroom, but they also gave me endless love and support as I painfully grieved for Hugo. My parents had the horrible task of breaking the news to me about his death when I came out of my coma knowing with total anguish that, on top of my already broken body, my heart was going to be completely broken too.”

Dorset and Somerset Air Ambulance Communications Manager, Tracy Bartram, said: “The unbelievable challenge which Minna is undertaking is testament to her incredible courage and determination. That determination has shone through every step of the way during her recovery and we feel very honoured to be a beneficiary of something so special. Our sincere thanks go to Minna and everyone who is supporting her bravery by donating what they can in aid of Hampshire and Isle of Wight Air Ambulance and ourselves.”

Acting Chief Executive of Hampshire and Isle of Wight Air Ambulance, Sherie Williams Ellen, says: “Our hearts go out to everyone who was involved in this awful incident. Nobody knows when it is they may need our help and we aim to always be there for people in Hampshire, the Isle of Wight and the surrounding areas when they need us most. It is through the kindness, passion and bravery of people such as Minna, undertaking this enormous challenge and helping to raise much-needed funds for us in troubled times, that we are able to keep flying to those patients who need our care, just as she did.”

To support Minna on her walk, visit her JustGiving page at: https://www.justgiving.com/fundraising/minna-walk 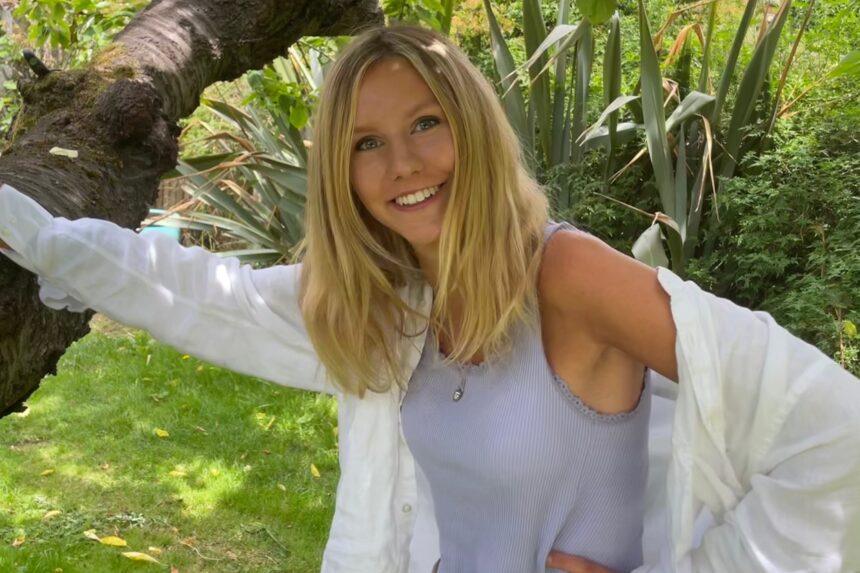