Christmas could have been a different story this year if it wasn’t for the fast action of staff at Dorset County Hospital.

Unmistakable in his red suit and shiny black boots, Father Christmas arrived unexpectedly at DCH in need of an operation.

Mr Claus came under the care of Vascular Consultant James Metcalfe and his team, who were able to perform the surgery and have him back on his feet and fully recovered in time to travel around the world on Christmas Eve.

Mr Metcalfe said: “It’s not every day that you have Father Christmas as a patient.

“Thanks to the fast action of our staff here we managed to get him in for his operation and back on his feet within a few days.

“Although it was a complicated surgery, it all went very smoothly.

“I want to say a massive thank you to all the teams who helped with this.

“The year we helped save Father Christmas will definitely be one to remember.”

Despite it being his busiest time of the year, Mr Claus made time in his hectic schedule to fly in from the North Pole and come back to the hospital to thank the teams for the wonderful care he received earlier this year.

Mr Claus said: “I want to say a very big thank you to James Metcalfe for performing my operation and for the care shown to me by him and his teams. Without his prompt action I wouldn’t have made such a good recovery.”

He added: “The care has been absolutely wonderful, I can’t thank the teams enough.

“Merry Christmas to everyone, and I will see you all on Christmas Eve!” 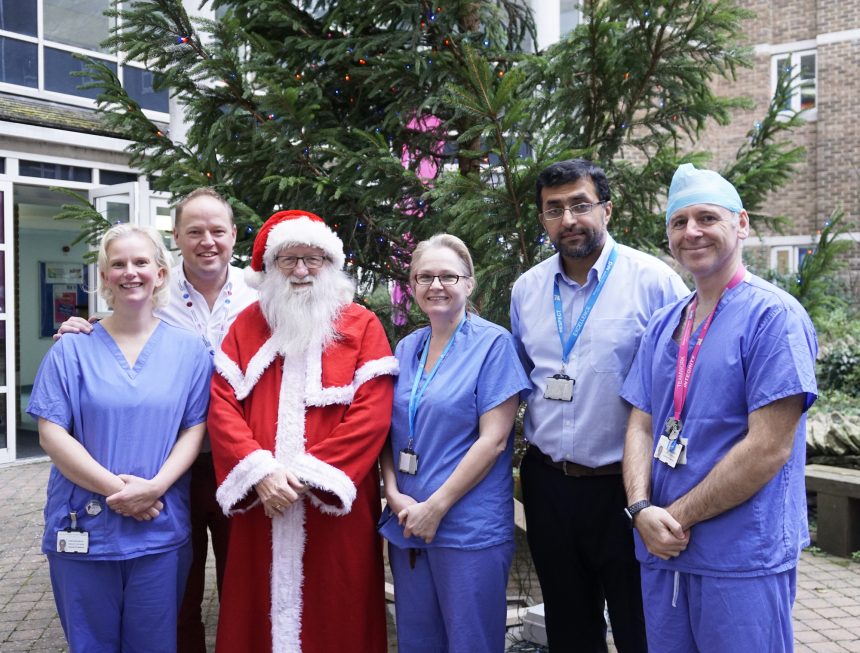