Wherever you live in the UK, the chances are that you have spotted an air ambulance helicopter in the skies, or seen one attending an incident. Now, to mark National Air Ambulance Week (9th – 15th September), Haynes is offering a fascinating insight into the running of these helicopters and the vital role they play in delivering life-saving care with its new Air Ambulance Operations Manual.

The book is written by author Claire Robinson and is produced with the full co-operation of Dorset and Somerset Air Ambulance (DSAA). The manual features an extended case study which takes an in-depth look at the workings of DSAA and lifts the lid on the equipment and systems used. It also looks at the operation of the AW169 air ambulance helicopter used by DSAA (affectionately known as Peggy). This is further brought to life with a range of illustrations and photographs showing the helicopter in use.

Although air ambulances are now a familiar sight in the skies, they have only been operating in the UK since 1987. When the air ambulance was first introduced, its main advantage was the speed at which it could reach a patient and airlift them to hospital. Now, most air ambulances carry a team of highly trained clinicians who can begin treatment at the scene – effectively bringing the hospital to the patient.

This new manual from Haynes explores the history of the UK air ambulance services and looks into the development of the network and the funding of each service. Readers can read first-hand accounts from air ambulance crew, along with case studies from some of the patients the crew have treated. In true Haynes style, the manual features technical diagrams of the Leonardo AW169 helicopter used by a number of air ambulance services, and photographs of each of helicopters used by the various services throughout the country.
Author Claire, who has worked closely with DSAA since 2011 explores how DSAA was set up in 2000, the clinical and technological innovations it has implemented since, and interviews members of its crew.

Talking about how the book came about, James Bunkum, Chief Operating Officer at Sparkford-based Haynes Publishing said: “We wanted to go behind the scenes and would like to extend our thanks to the DSAA and Claire for helping us to deliver this fascinating insight into the running of these helicopters and the vital role they play in delivering life-saving care. It has been a pleasure to work with DSAA on this book, and in doing so we hope to further raise awareness of this important charity at a local level.”

Talking about the importance of the manual, Bill Sivewright, DSAA Chief Executive Officer said: “We jumped at the chance to be involved with this essential Haynes manual which will really help educate the public about how we work not only in the region, but across the UK. Most people in the UK will think they have some concept of what an air ambulance is however, in reality there is much more to it than the uninitiated might expect. Probably the most common misconception is that the service is not funded as part of the NHS. While the typical reaction to this is surprise, or even outrage, I hope this book reassures people that the charity funding model has fostered innovation and enabled air ambulance services to develop in ways that wouldn’t have been possible within the public sector. Another feature of the charity set-up is that each air ambulance organisation operates in its own individual way, using different types of helicopters, crew arrangements and ways of working with the NHS. This variety ensures that each part of the UK has an air ambulance tailored to deliver the best patient service for their area. It has the added benefit that all services can observe and gain from each other’s experience as they attempt to tackle new situations and deploy new techniques and technologies.”

Haynes will donate 75p to Air Ambulances UK for every book sold. The charity supports the life-saving work of the nation’s 21 air ambulance services.
The book also features a foreword from DSAA Ambassador Jenson Button and is available to buy from the Haynes and Dorset and Somerset Air Ambulance websites and several other online retailers. 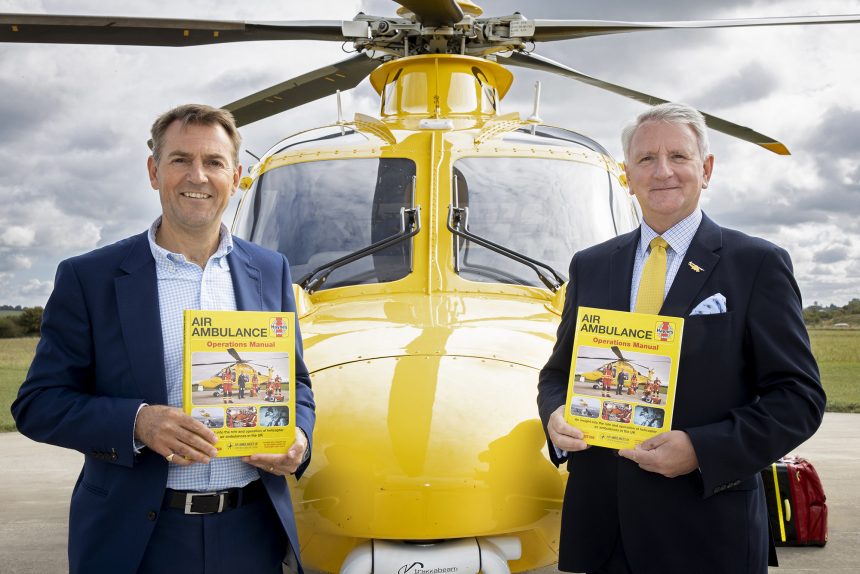